Home
Uncategorized
What is play to earn crypto games?
Next Article

Play-to-earn NFT games are where players can monetize their time while playing video games. This model is the latest addition to the NFT market in the metaverse. It will strike a big deal in the future if those constant players of video games try to fantasize about their playing time being turned into money-making.

The Play-to-Earn business model is the latest development in the games industry. It’s a business model that embraces the concept of an open economy and provides financial benefits to all players who add value by contributing to the game world. It’s likely to introduce new game concepts and retention models not yet seen in modern gaming.

Business models around video games have evolved as technology became more accessible to the audience. In the late seventies and early eighties we played our games on arcade machines in local game centers. With a pocket full of quarters gamers would compete to get the high score.

Nowadays we play games on our smartphone when we’re in public transit or taking a moment for ourselves. When we want a deeper experience, we launch a game on our personal computer or home console. No matter the platform, there are business models that suit every player.

Play-to-earn crypto games have exploded onto the scene and are shaking up gaming business models. Here’s how they work, and where the value comes from for investors.

Play-to-earn games like Splinterlands, Axie Infinity and Decentraland are blowing up across the crypto world. They seem to be revolutionizing the gaming industry with a new, highly engaging format with huge appeal.

What is the source of the money?

The value across all play-to-earn games comes from the currency that players earn within the platform. But not every game has the same model, and some small names are only looking to cash in on the metaverse craze.

Most games have native tokens for in-game purchases and trading between players. They derive value through the use of their tokens which users and cryptocurrency traders deem valuable, according to blockchain developer James Bachini.

For instance, the model used by Axie Infinity counts on players making a chunky upfront investment in game-specific NFTs (or Axies, in this case). Gamers can then trade their in-game digital assets — earned from playing — at an appreciated price with other gamers, who continue the loop to inject value into the gaming economy.

“If everyone decides to leave and exchange their Axie tokens for other digital currencies, then the token value collapses,” Bachini said. “If the game continues to be successful, then demand for the token continues.”

The game’s owners and investors have the belief that people will continue playing and funneling money into it. That’s because digital asset ownership is gaining mainstream acceptance.

Is the business model sustainable?

Possibly, but there are a number of problems associated with this concept because the appeal of earning money could dilute the gaming experience. One major risk is a game’s ability to continue growing the economy it intends to build.

The only way a play-to-earn model can be sustainable is having the game’s users be of high quality, according to Adrian Kolody, founder of DeFi startup Domination Finance.

Being entertained and actually having a good time while playing could be watered down by people using bot-farmers as a way to make the most of the game purely for the sake of residual income, he said.

How is the game itself earning anything?

Easy one. Transaction fees! New players incur a fee for purchasing in-game currency, and this represents a major revenue stream for the game. The most appealing part of the game is the price appreciation of native tokens. Games with solid communities and brands have an edge over others.

Giving gamers ownership over in-game assets and allowing them to increase their value by actively playing the game are key components of the play-to-earn business model. By participating in the in-game economy, players are creating value for other players and the developers. In turn they are rewarded with in-game assets. These digital assets can be anything ranging from cryptocurrencies to in-game resources that are tokenized on the blockchain. That’s why the play-to-earn business model goes very well together with blockchain games.

In the play-to-earn business model the game and the developers reward players for putting time and effort into their game. For example, in Axie Infinity players earn Small Love Potions (SLP). Players need these tokens to breed new Axies, but they can also sell the tokens to other players on the open marketplace. Other examples are the resources in League of Kingdoms, or the prizes players can earn in the fantasy football game Sorare.

You can start with these most popular sites:

Have fun exploring the blockchain! 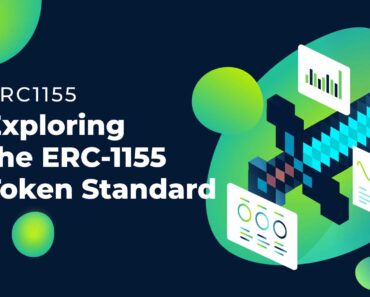 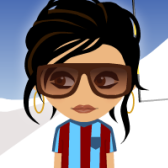